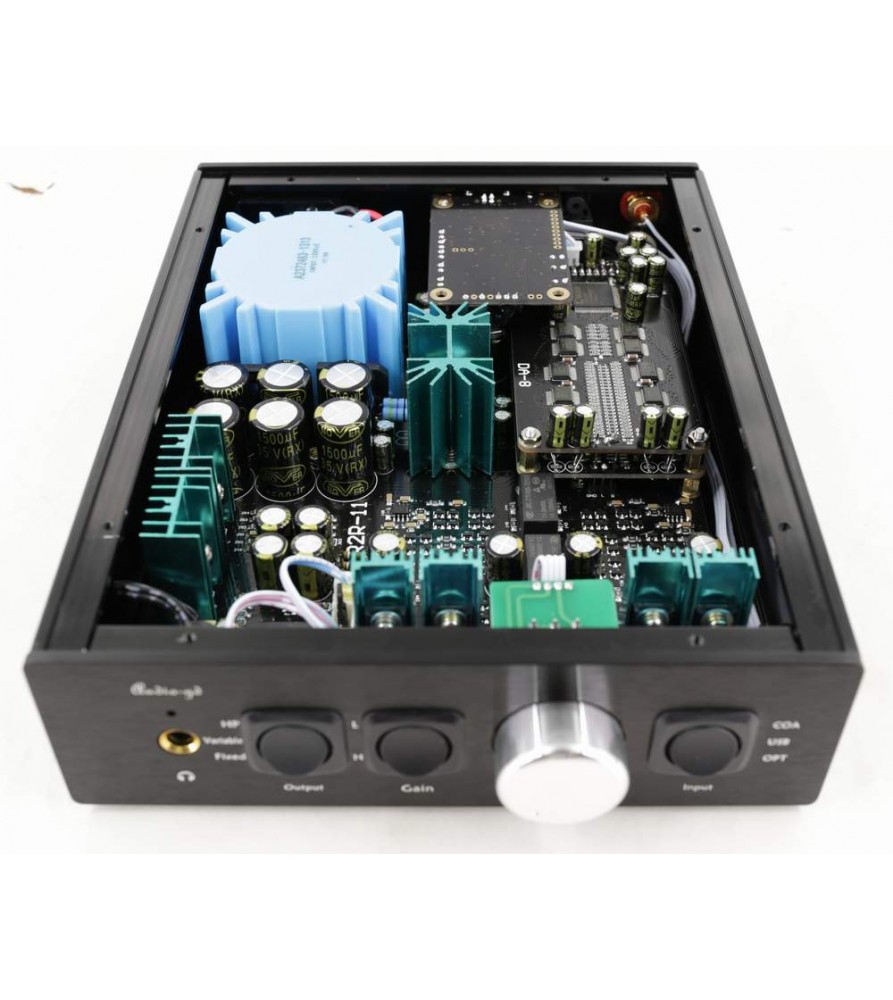 Firmware updated
Since 28th of March 2018, R2R 11 includes new updated firmware .
The update removes the "pop" sound while switching to the PCM music tracks.
The customers who bought unit after 28th March do not require firmware update.

Pros and cons of R-2R DAC
Advantages:         1.R-2R will not convert the clock signal into the output signal.         2. R-2R design is not sensitive to jitter as  Delta-Sigma D/A which is much more sensitive to jitter.         3. The output signal is much more precise compared to Delta-Sigma D/AWeaknesses:        1.THD today is extremely low with Sigma Delta chips; R2R ladders have good THD but nos as good as Delta Sigma         2. Glitches and accuracy of the ladder resistors are very difficult to avoid and require complex technology to resolve it.

•R2R-11 are a breakthrough of discrete R-2R designed ladder dac’s. Audio-GD is the first in the market offering high performance discrete R2R in this price-range.

•Native DSD support. no switch applied between the DSD and PCM decoder outputs to avoid negative effect on sound quality.

•Built with highest quality components: all resistors  are KOA / Vishay low  tolerance resistors  , silver tin soldering for all parts on board and ALPS 27 volume potentiometer .

You can chose between Neutral or Warm sound (Jumper setting) according to your personal taste.