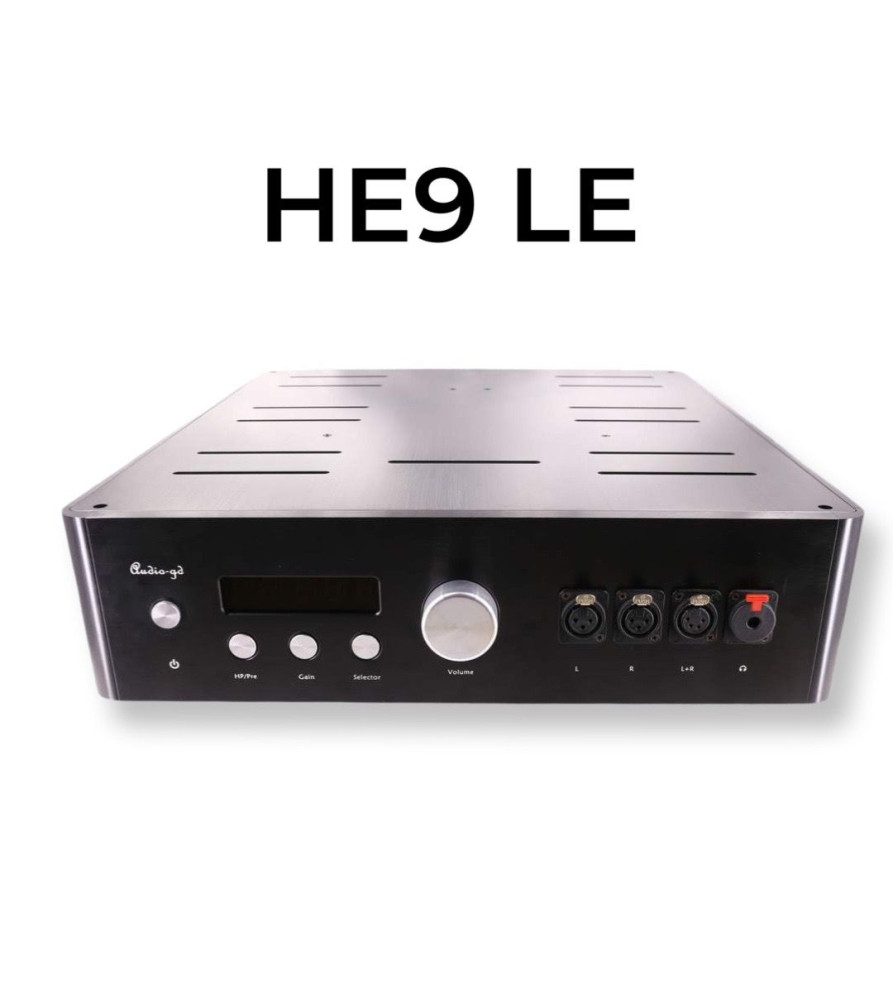 The unique feedbackless ACSS preamplifier applies four feedback-free output channels consisting of 8 pieces of transistor, each piece has 15A / 150W performance. The capacity of the whole machine reaches 36,000 uF. Three R-core transformers are used with a total power of 145 W. The preamp output is built into the unique buffers. 4 PSU class A power supplies for left and right audio signal amplifiers. The volume control based on four-channel digitally controlled relay to 100 steps any kind of imbalance. The relay-based pre-volume control of the 9-phase four-channel digital controller can control the input level of the source from 0DB to -9DB. Two gain modes, high at 20dB and low at 10dB, for greater flexibility.

HE-9 LE balanced applies the brand new ACSS design. It sounds complex, but it actually represents the simplest design the Hi-Fi world has ever had. The HE-9 LE integrated amplifier has a single "voltage" gain stage to process signals, but operates in ACSS mode, so in effect it is a current gain stage instead of voltage, while normal OPA chips do it already includes two or three stages. The simpler and shorter signal travel brings out the more neutral and less colorful sound.

HE-9 LE applies a very low distortion single-stage ACSS amplifier soldered directly to the motherboard. The gain stages and the diamond cross output stage A.

ACSS is a feedback-free technology built with fully discrete amplifiers. Most people can offer that feedback design can offer better in test analytics while non-feedback works in better ears, however it can offer for man ears. The ACSS offers a range, in that it can deliver a tone with a colouration, more neutral and with a new minimum very low distortion and high linearity. So it can keep dynamics, details and neutral sound without sounding bright or harsh.

All the signal gain is current, obtained from the unique and superb open loop multiple output current mirror. The result is an incomparably precise and ultra-low distortion of the gain signal. The signal path is fully balanced and all transistors in class A mode.